The Power of Thought

“You look so terrible today. What is wrong with you?”

“Goodness, you’ve had enough carbs for a month! Saving up for winter, are we?”

“Why would you say something like that? You can’t say anything right. It would be better for everyone if you just shut your big trap.”

“You’ll never get married, you fat cow. What man is going to want to look at you for the rest of his life?”

“You don’t know anything. They clearly think you’ve gone mad and are completely ignorant. It’s time to shut up, like they obviously want you to do.”

Those words would cut deep into anyone on the receiving end, degrading their every thought about themselves. You probably wouldn’t say them to anyone, would you? In fact, those words would most likely never even come to mind when talking to your best friend or that sister from church.

But, despite all of that, we feel perfectly comfortable saying those terrible things to ourselves.

We beat ourselves up in our minds and degrade each shred of confidence in the process.

Ask yourself this question:  “If I wouldn’t say it to my friend, why would I say it to me?”

I have been guilty of this myself, thinking things in my mind that I would never in a million years say to any other person out loud. The words of our mouth hold much power, but how can we forget about the power of our thoughts? If we believe that we cannot do something or be something, then we’re right–we won’t be able to accomplish that task.

If we truly believe those horrible things about ourselves, how can God make us into who he has designed us to be?

This is like taking the unfinished sculpture of a potter and throwing it against the wall, leaving a mound of dirty clay on the wall, simply because we were tired of waiting for the finished product. We didn’t know what the end result would be, and just by looking at the work in progress, we assumed it would be no good. So, taking matters into our own hands, we destroy the thing that the master potter was so tirelessly and gently molding to be a beautiful work of art. The potter, hands molding the mushy clay, can already see the end result in his mind’s eye.

While we only see a lump of wet dirt, he can see the beautiful clay pot finished, ornately designed and created with a specific purpose in mind.

God has created you, He formed you even in your mother’s womb. It hurts Him to see his creations be disrespected in such a careless and thoughtless manner.

Don’t think for one second that you are valued less than the sister who sits down the pew from you. You know, the one you think is prettier and skinnier than you? You are a priceless treasure in the eyes of God, even if you have a few extra pounds and your clothes don’t fit like they should. Speaking down to ourselves simply degrades our confidence in ourselves and in God. After all, He is the one who created you. He is the one who thought out exactly where every freckle and dimple would rest, He is the one who decided you would have a cute button nose instead of a sharply defined one. He gave you the sweet frizzy curls that you despise so much. He gave you the seemingly commanding personality that you feel the need to suppress instead of growing and learning how to be a real leader.

Every bit of you was created with a specific purpose in mind.

This reminds me of the example Paul used in his letters to the Corinthian church regarding the body.

We need each other. One is not better than the other because they have a different purpose or coveted gifts and talents. Your strengths are not my strengths and vice versa. Your talents are different from mine and they always compliment each other. The body cannot expect the ear to see if the eye decides it doesn’t want to be part and the foot cannot expect the nose to walk if it feels insignificant and no longer wants to participate. We are each gifted with unique abilities that are a reflection of our personalities in addition to our specific talents and callings.

While you may be soft spoken and often care too much about what people think, your kind words can bring comfort to someone in their darkest places. You tend to romanticize every detail of your life and doing so brings you much disappointment when expectations fall short of reality, but your creative mind can be used to develop ideas, games, and social events that build up the Kingdom.

Someone once told me that they would never be a leader and that they could never lead but what this person doesn’t see is that they lead without realizing it. Other people follow this person’s lead and even mimic their actions. The potential to be an amazingly influential leader is there, but because they believed that there are better leaders and that they can never lead, they won’t.

The thoughts that  we think have a lasting effect on our personal value, our actions, and our life.

2 Corinthians 10:5 tells us to cast down every imagination and every high thing that exalteth itself against the knowledge of God and to bring every thought to the obedience of Christ.

Romans 12:2 says not to be conformed to the world but to be transformed by the renewing of our minds.

The Word, in plain terms, is essentially instructing us to be disciplined even down to our thoughts.

When we become a child of God, our outward appearance changes along with our speech and actions. However, we cannot continue to allow our thoughts to reign in untruths and degradation. James 1:8 lets us know that a double minded man is unstable in all his ways. While this is mostly referring to an individual who is proverbially backsliding in the pew, let’s look at its meaning applied in the current topic.

If we dissect what exactly a double minded person is, we know it is someone whose loyalty lies between the world and the kingdom of God. If our thoughts do not reflect the words we speak to others are we not double minded? Inwardly, our loyalties are not fully given over to Jesus when we have not committed our every thought to the Lord. Once we have decided to turn every thought over to the captivity of Christ, the true struggle begins as we learn to retrain our thoughts.

be reckless, causing damage in a way that we may not realize until it’s much too late. Come back to Wound into Wisdom on the Synergist website for Part II, where we will cover exactly how to retrain destructive thinking and, together, if let loose, our thoughts can transform your life. 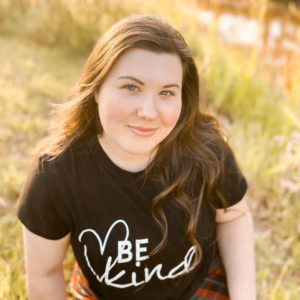 Becca Thulin is our resident personality guru. An enneagram 4w3 herself, she enjoys an entire spectrum of emotions every two to three minutes--which usually lands her at Chick-fil-A with a Coke Zero in hand. Her love for passionate expression displays itself in her skill as a drama director and mentoring young people with plenty of dad jokes and sarcasm. Her desire for her work at the Synergist is to inspire young adults who have dealt with self-esteem issues and be the written proof that they CAN move forward and make something of their lives.
All Posts 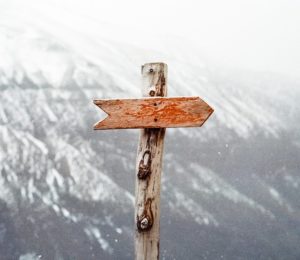 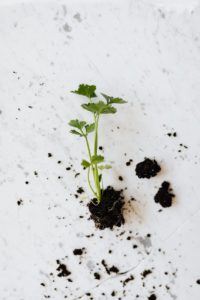