“20 And when he came to the den, he cried with a lamentable voice unto Daniel: and the king spake and said to Daniel, O Daniel, servant of ﻿the living God, ﻿is thy God, ﻿whom thou servest continually, able to deliver thee from the lions? 21 Then said Daniel unto the king, ﻿O king, live for ever. 22 ﻿My God hath sent his angel, and ﻿hath shut the lions’ mouths, that they have not hurt me: ﻿forasmuch as before him innocency was found in me; and also before thee, O king, have I done no hurt.” Daniel 6:20-22 KJV

We have all heard the story of Daniel in the Lion’s Den. Most of us probably heard this story in Sunday School. The lesson most likely ended with your teacher encouraging you to keep serving God no matter what’s at stake! Why? Because God has the power to shut the lion’s mouth, a revelation that is both awe-inspiring and true!

However, what if God never sent the angel to clamp those jaws shut? What if, when Daniel went to pray after the decree has been made, he was taken and deliverance did not come?

Let’s be real for a minute. We have all had moments in our walk with God where we could potentially face a lion’s den of sorts. That moment could be at your job, where your co-worker’s are hostile to any mention of truth. This could be in your school or even your home, anytime you are in a situation in which you must choose faith over men.

That moment doesn’t even have to be a big lion’s den. It could be as simple as the temptation to make a decision that you know is wrong because if you do what is right, it could hurt you in some way. (Damage your reputation, make you lose your job, give you a bad grade, cause friction in your family, etc.)

When we are in those moments, we come face to face with the lion’s den. So back to my question; what if God never shuts the lion’s mouth? We know God has the power to turn things in our favor, but it’s not a guarantee that He will.

Daniel didn’t pray to because he wanted deliverance, no.

10 Now when Daniel knew that the writing was signed, he went into his house; and ﻿his windows being open ﻿in his chamber ﻿toward Jerusalem, he ﻿kneeled upon his knees ﻿three times a day, and prayed, and ﻿gave thanks before his God, as he did aforetime.”  Daniel 6:10 KJV

Daniel’s choice to do the right thing was not based on what his outcome would be. It was based on his convictions and character.

Here is my second question for you. Do you only make the right decision when it is convenient for you? Or when you know everything will be in your favor? Or do you make the decision to do the right thing because of the strength of your character and your love for God?

We all face lion’s dens, but it is our choice to conform to what this world decrees or what God decrees. The option is yours, but what choice will you make?

To quote Joshua, “as for me and my house, we will serve the Lord.”

It does not matter the outcome. If we happen to get hurt, then we get hurt. Because if we choose to follow the crowd (or the decree) over our character. We will gain more than just a bad grade, hurt feelings, or discomfort.

We lose our witness, and we lose credibility as a child of God. Daniel’s boldness became a witness to everyone in that kingdom. His simple act of keeping his convictions showed the entire kingdom that his priorities were based on what is truly valuable in his relationship with God.

Daniel’s story is no different than when we stand up and keep our convictions even when they are not popular. We show those around us that we indeed are what we claim to be: children of God.

So, let us walk with character. Even if God doesn’t shut the lion’s mouth, there can be satisfaction in knowing at the end of the day, He will accept us if those around us do not.

Seeking after the Truth 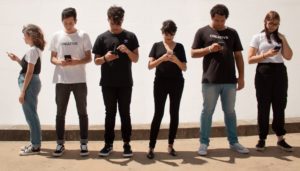 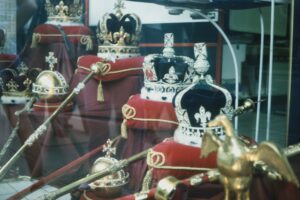 Seeking after the Truth