Who Do I Love?

Who is Isaac you ask? Isaac was the very promise of God with skin. He was a promise that God provided for Abraham. God had called this patriarch out of his comfortable land of familiarity and told him that he would make a great nation through him if he followed after God with complete obedience to His commandments.

So Abraham did. Well, there were some bumps along the way, but eventually, God gave him a son. With that son, now everything that God promised Abraham could come to pass. A great nation would come out of Abraham, with his name established in history.

Without Isaac, none of that could happen, the promises would be impossible. Abraham lived a lot of life and experienced his fair share of heartache before God granted him Isaac; he separated from his family and everything he knew. He spent years serving God and our Bible records the many trials he went through and the struggles he overcame to reach that promise.

Just when the promise was finally realized, what happens? God tells Abraham to get Isaac, go to the very top of a mountain and sacrifice him.

Now, Abraham loved Isaac, and he knew if he obeyed God, he would lose him. Not only that, but he would lose everything that came with him. Without Isaac; no promise fulfilled and no great nation.

Well, the next morning, he wakes Isaac up and says, “Come on, son, we have to go make a sacrifice to God today.” Off they go up that mountain, and it’s a long journey. On the way up, Isaac begins to look at everything they brought with them. He sees the wood and rocks to build the altar, takes note of the rope to bind the animal. He sees the flint to make the fire, and the knife to kill the sacrifice with, but you know what he doesn’t see? The sacrifice itself.

He’s thinking about this the whole way up the mountain, as one does. He eventually asks his dad this pressing question, and Abraham replies simply, “God will provide”.

When they arrive, Abraham gets everything ready. He ties Isaac, that promised son, to the altar and is about to kill him, when God calls out and says, “Stop! I know now that you love me more than your son. More than the promise I made you, more than becoming a great nation.”

Do you love God more than the promises He’s made to you? Are you serving God out of love and respect for him or because of the gifts, power, and blessings that come from that servanthood?

Are you willing to sacrifice them? Do you love God more than your Isaac? 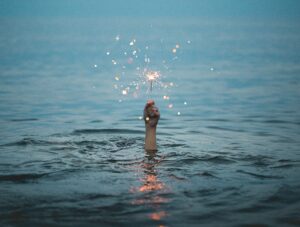 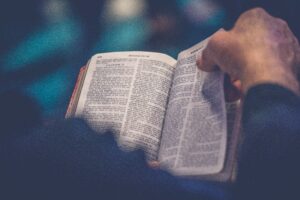 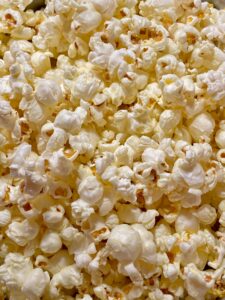 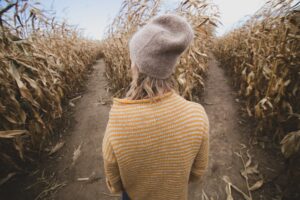